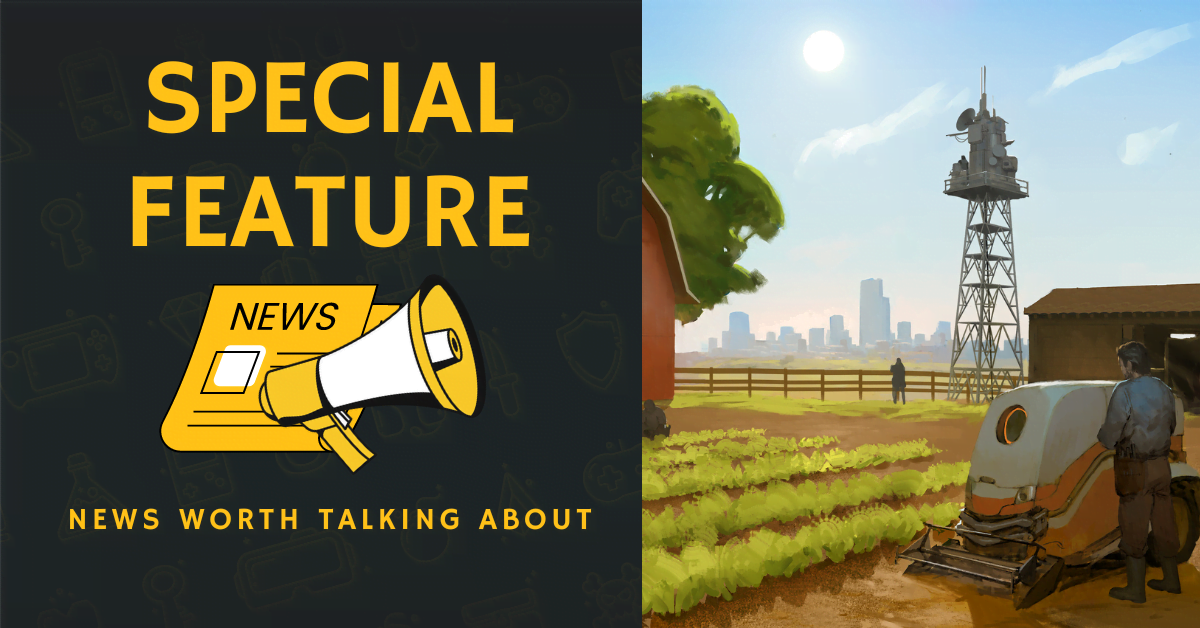 The Signal State is full of complex puzzles that have been engaging players now for an entire year. Developed by Reckoner Industries, the game is often referred to as a Zachlike (referencing the games made by Zachtronics), and in it, players are tasked with repairing increasingly complex machines in order to rebuild an abandoned farm in the post-apocalyptic future. To solve puzzles, players must process and transform input signals across a varied offering of modules in an effort to create the required set of output signals. Despite how technical that all sounds, an especially interesting facet of the game is its often open-ended nature—puzzles regularly allow for multiple creative solutions. This makes the base game is intriguing enough, but as additional features such as the Puzzle Workshop and new sandbox mode offer even more ways to play, it’s no wonder The Signal State has captured a devoted audience that continues to grow every day post launch.

In celebration of The Signal State’s exciting one-year anniversary, we talked with Reckoner Industry’s cofounder and the game’s Lead Developer, Benedict Lee, about his history with gaming, his personal game dev journey, The Signal State’s new, exciting features, and his best advice for aspiring developers.

How long have you been a gamer and what got you into gaming? What do you play?

I’ve played video games in some capacity or another for as long as I can remember. When you’re a kid, your experiences of the world leave really deep impressions on you, and video games, with their fantastical worlds and interactivity, are primed to do just that, so like many people of my generation, I naturally gravitated towards the medium.

The games I really love are those that can create a sense of discovery and surprise in me. Sometimes those are weird or sophisticated puzzle or simulation games. Other times they’re story-heavy RPGs with cool worlds. I try not to think in terms of genre.

What do you love about games? What do games mean to you?

Linear stories, the sort of thing we see in other mediums like film or books, are engaging because a big part of our lives, our past experiences and those of others, are experienced linearly. But not all aspects of lives are like that. Our ongoing and evolving relationships with the world, other people, the work we do, and so forth, are often rich complex systems of interaction that a linear story can’t express very well. Games, with their interactivity and branching possibilities, can express truths about our world that a lot of other mediums can’t.

How did you get into game development?

One of the earliest “modding-friendly” games was Warcraft 3. I remember being obsessed with the map editor the game shipped with, and often found it more engaging creating my own maps rather than playing the game itself. From there, I started messing around with various game development tools and experimenting and making all sorts of games from JRPGs to interactive fiction.

What inspired you to make The Signal State?

I’m a big fan of Zachtronics games and other Zachlikes; they do an excellent job of evoking a very unique problem solving thought process that, for me, is incredibly engaging. It’s a similar thought process that I engage in when making music with modular synthesizers. With modular synths, you think of music not as something time-based and linear, but as an evolving and layered system that you create when you patch the modules in your modular system together. That’s a very unique way of creative expression and the more I worked with my modular system the more parallels I saw with the problem solving I engage with when programming or when playing Zachlike games, so fusing the two seemed like an interesting idea!

What has been your favorite part of making The Signal State?

You just released some new content. Tell us about that.

The new content would be the aforementioned sandbox mode. The base game focuses very heavily on using the game’s systems for problem solving, but given that these systems were inspired by music making tools, it was important to me that the game also featured a mode for using its systems for creativity instead, and that’s where the Sandbox Mode comes in. You have a wider set of modules that allow you to create music, animation, or interactive circuits that aren’t about solving a particular problem but are just designed to be intrinsically interesting. In addition, they also give players a bit of a glimpse as to what working with real-world modular synthesizers is like and maybe acts as a bit of a gateway drug for the real thing!

If you had advice for aspiring indie game developers, what would it be?

I’d like to thank all the players who’ve bought and played the game for their support!

You can check out The Signal State, including its Puzzle Workshop and brand-new sandbox mode, on Steam. To keep up with the devs and further updates to the game, follow The Signal State and Reckoner Industries on Twitter. Join the Discord to share your best in-game solutions, get hints from other community members when you’re stuck, and share your best sandbox mode tunes.

If you’re the kind of person who loves to fix things, who enjoys using your…