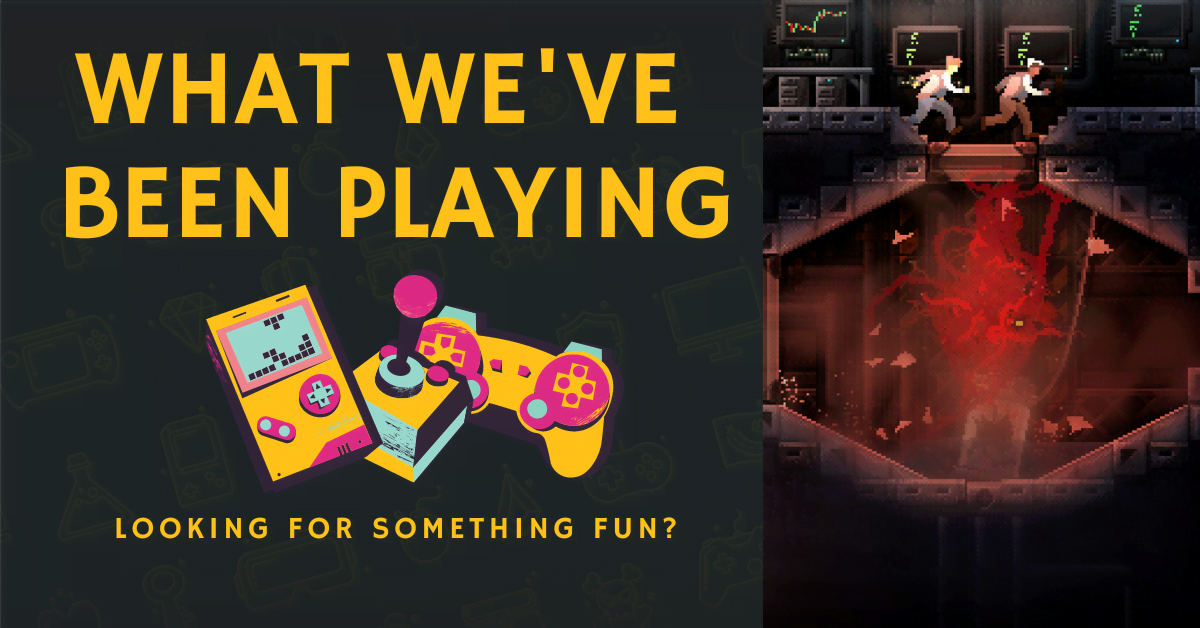 Carrion is a 2D Metroidvania with a unique reverse horror theme. You assume the role of an amorphous creature of unknown origins, stalking and consuming those that have imprisoned you to spread fear and panic, doing everything you can to escape the secure research facility you have been kept.

The story is told from your perspective as the monster with the exception of some flashback sequences exploring the facility. Initially breaking free of your containment tube, you will explore, solve puzzles and devour and defeat enemies as you seek to upgrade and mutate Carrion to ultimately escape.

Devouring humans will replenish health, and as you progress you will spread your biomass into sectors that become hives acting as a save/checkpoint for you to recover before attempting upcoming puzzles. Containment tubes throughout the game act as skill upgrades and allow you to mutate between three levels with their unique skillsets. Red pools act as environments where you may choose to dump some of Carrion’s mass to access skills unique to a smaller level. For example, the game has various points where you may need to progress through a laser system that shuts off if you cross it. The level 1 variant of Carrion has a unique skill for invisibility that it access through shocking its tentacles. These skills tie deeply in with its Metroidvania theme as a completionist will need to backtrack through earlier levels with newer skills in order to get the full experience from the game.

The gameplay mechanics center heavily around three main areas, with those being exploration, combat, and puzzle-solving. Even though the visual design gives off the vibes of a 2D platformer, Carrion is unable to jump and simply moves along with the use of his tentacles. This movement may deter players initially but I found after a little while, I had ‘mostly’ mastered traveling with the exceptions of a few small pipes. Combat is the most satisfying, as tearing apart an enemy leads to limbs flying over the screen, and later levels make clever use of skills such as a maxed tentacle onslaught obtained towards the end of the game. Finally, I will note that the puzzle-solving sat on just the right difficulty for me, with my only concern being the lack of an in-game map to properly navigate the 9 levels of the title. However, given the role we play, I don’t expect the monster Carrion to be breaking out a map to distinguish if he has gone one pipe too far navigating the nuclear lab.

Ultimately, Carrion is the perfect blend of the satisfaction of solving Metroidvania puzzles and devouring humans poor enough to cross your path. I celebrate the concept of reverse horror and I hope we see other developers adopt this approach in the future. If you enjoy 2D puzzle/action games and sit well with the guilty pleasure of playing as a monster, then this is the game for you.

Cameron spent 5-6 hours playing both the Xbox and PC versions of Carrion.

With the recent success story of Stray, a third-person cyberpunk-style adventure title that lets you…

Cameron's Pick - Evertried This week I have been engaged in the world of Evertried,…